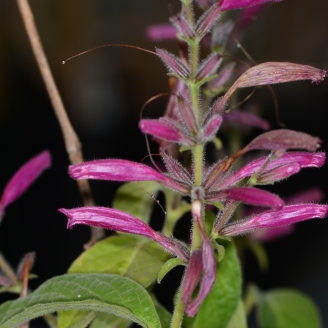 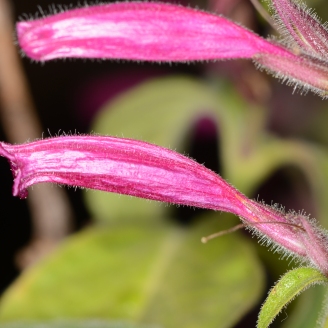 I was totally ecstatic when Alexander Popovkin sent me a photo of some indet Ruellia from Bahia, Brazil. I had only ever seen dried up, squished specimens of this thing in herbaria, yet even in that state the species is so very distinctive. I knew it right away – the photos were a solid match for Ruellia cearensis! This species belongs to an intriguing clade that contains purple, red, and magenta-flowered species and one I have long wanted to target for anthocyanin research. Species in this group also have a noteworthy geographic distribution…either Brazilian or Central American/Mexican, bypassing much of the rest of the Neotropics.

Thanks to AP for enlightening me with photos of this most amazing plant.

Update (Aug 2016): We finally made it to Brazil for a field trip, and part of the fun was traveling up to Entre Rios in northern Bahia and meeting Alexander in person–wild man, after my own heart. Great botanist. He agreed to take us on a fieldtrip in attempt to find Ruellia cearensis. Found it!! But sterile. Nonetheless – finally got to see this species in its native habitat (a special place on Earth) and soon I hope to see it thriving and flowering in the greenhouse. Super nice to meet Alexander, too…